Barcelona announced their 2015-16 numbers yesterday, with the most notable change being that Dani Alves has taken the number 6 shirt which Xavi recently vacated.

By and large, we’re all for first-team players wearing low numbers but a right-back wearing number 6 – even allowing for Alves’ predilection towards attacking – just seems wrong. When he arrived at Barca first, he wore 20 but then took 2 when that became available in 2009 after the ill-fated Martin Caceres didn’t really work out.

Logically, he should have kept 2 for the remainder of his Barça career but when Eric Adibal retired, Alves decided to switch to 22 as a tribute to the French international. To be fair, 22 isn’t the worst choice in the world for a right-back but players moving from 1-11 numbers to higher ones is a pet hate here.

For the past couple of years, number 2 has been worn by another Martin – Montoya – but that name just doesn’t seem to gel with the Barça defence as he has gone on loan to Inter. It should have paved the way for Alves to move back down but instead new signing Douglas has taken it and maybe that’s for the best as one would imagine that he will be the medium-term right-back for the club.

The Spanish league rules that squads must be numbered from 1-25 meets our approval in general, though policing within those numbers would be even more welcome (we know it’ll never happen, alas). Barcelona’s low numbers are now arranged in the following way:

We can’t really quibble with 8-11 (Iniesta, Suárez, Messi, Neymar). They’re far from the worst numbers among a major club – we’re looking at you, Bayern Munich – but we’re fighting the urge to boot up Football Manager and tidy them up.

And now for something completely different 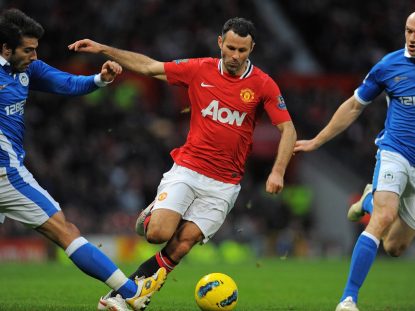