Once tipped to be Brazil’s next big star, Alexandre Pato has never quite lived up to the boundless potential he showed as a teenager.

The now-30-year-old looked as though he had the world at his feet when he burst onto the scene with AC Milan back in 2008 but injuries and inconsistency have since plagued his career.

The 2009 Golden Boy would reach the peak of his powers during the 2010-11 season as he helped the Rossoneri to their 18th and most recent Serie A title.

From there, things went rapidly downhill for Pato but one constant would remain beautifully intact throughout his career – his squad numbers.

Despite playing for seven different clubs, including two stints at São Paolo, Pato has never been assigned a number outside of the traditional 1-11 starting positions.

Even the likes of legendary countrymen Ronaldinho and Ronaldo were forced to don unconventional numbers during their time at the San Siro but that was never the case for Pato, who was immediately given the number 7 on arrival in Italy.

After leaving Italy in 2013 the Brazilian would go on to play in four different countries before returning to his homeland and the number 7 of São Paulo, where he currently resides.

So how has a player that peaked at such a young age managed to meander his way across the world without ever compromising the aesthetic value of his kit? 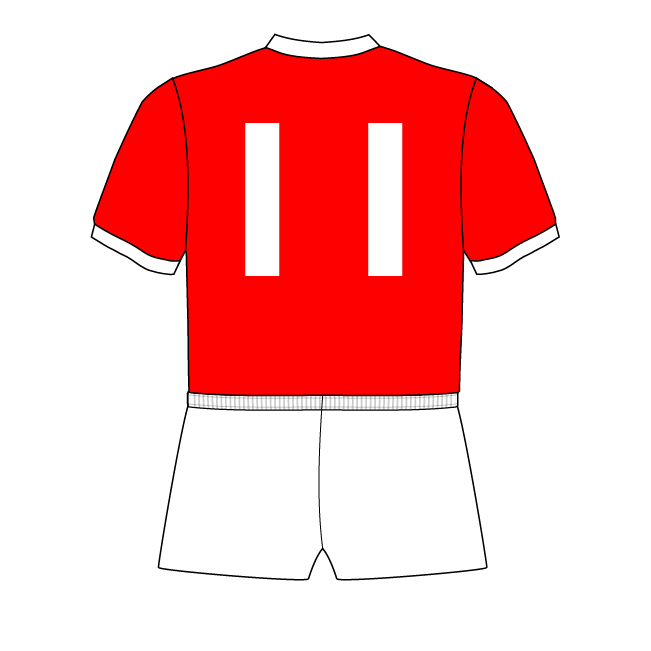 It all started in Porto Alegre for Pato when he led International to the 2006 Campeonato Brasileiro Sub-20 title as the competition’s top scorer.

His reward was a call-up to the first team and. despite having only just turned 17, he had no problem scoring in the first minute of a 4-1 win over Palmeiras and laying on two more for his new team-mates.

Pato was immediately handed the number 11 shirt and retained it for the 2006 Club World Cup, at which he replaced Pelé as the youngest ever scorer in a Fifa-organised competition.

His goal in the semi-final victory over Al-Ahly set up a final with Barcelona, which Internacional won 1-0 thus earning Pato his first piece of senior silverware.

As Internacional had won the Copa Libertadores the previous year, they contested the Recopa Sudamericana against Pachuca in which Pato scored in both legs to earn his second and final trophy with his boyhood club.

That electric start to senior football and smattering of goals was enough to convince Carlo Ancelotti and AC Milan they should shell out €24million for Pato in 2007.

With Ricardo Oliveira out on loan, the number 7 shirt was available and assigned to the teenager, despite being unable to play official matches for Milan until the 2008 January transfer window opened. When the 18-year-old made his full debut for his new club, he scored in a 5-2 victory over Napoli at the San Siro.

His first season ended with nine goals in all competitions showing the vital signs that he could go on to become as deadly in front of goal as Andriy Shevchenko, who scored 172 times in 296 games wearing the number 7.

His first full season reaped his highest Serie A total as Milan added Ronaldinho to their ranks and welcomed the loan-signings of Shevchenko from Chelsea and David Beckham from LA Galaxy.

Due to their preferred numbers being occupied, Shevchenko and Ronaldinho would both opt for their respective birth years, 76 and 80 while Beckham decided to reverse the 23 he’d made famous in Madrid and LA by wearing 32.

Despite Kaká leaving for Madrid, the 2009-10 season saw the continuation of a distinctly Brazilian theme under new manager Leonardo as Thiago Silva slotted in alongside Dida, Ronaldinho and Pato.

Pato’s most memorable individual performance came in the Champions League group stages as he scored two second-half goals at the Bernabéu in a 3-2 win over Real Madrid.

But injury would keep him out of a crucial last 16 second-leg tie with Manchester United as Milan went crashing out and Pato spent the rest of the season in the treatment room – the first warning sign.

The 2010-11 season saw the arrival of yet another Brazilian in Robinho and further attacking firepower in the form of Zlatan Ibrahimovic to play alongside Pato.

The trio finished the season tied on 14 league goals each – enough to clinch the Scudetto away from bitter rivals Internazionale and see Pato lift his first major European trophy.

However, the success signalled the beginning of the end to Pato’s time in Milan and a rapid decline in fitness and performances restricted him to just 18 appearances in the 2011-12 campaign.

The striker did send a reminder to the world with an incredible solo goal against Barcelona in the Champions League before exit rumours began to swirl but there was to be no January exit.

The Brazilian then opted for a number change in his final year at the San Siro by taking the vacant number 9 Filippo Inzaghi had worn for the last decade.

But the injuries were more frequent than the goals and with Milan doctors unable to diagnose to cause of a recurring thigh injury, Pato’s time was up.

🇧🇷 Andrea Pirlo and Alexandre Pato (x2) score for the Rossoneri, with the winner coming in the 88th minute…

The solution to Pato’s problems in Italy was a €15million return to Brazil with Corinthians and the number 7 shirt that had served him so well before.

It appeared to have worked as he scored with his first touch in his first game continuing an impressive record of scoring on debut, but his goal return didn’t match the big investment the club had made in him causing fans to lose faith in the striker and eventually turn on him.

The final straw was an audacious ‘Panenka’ penalty saved by former Milan teammate Dida as Corinthians went out of the Copa do Brasil to Gremio. 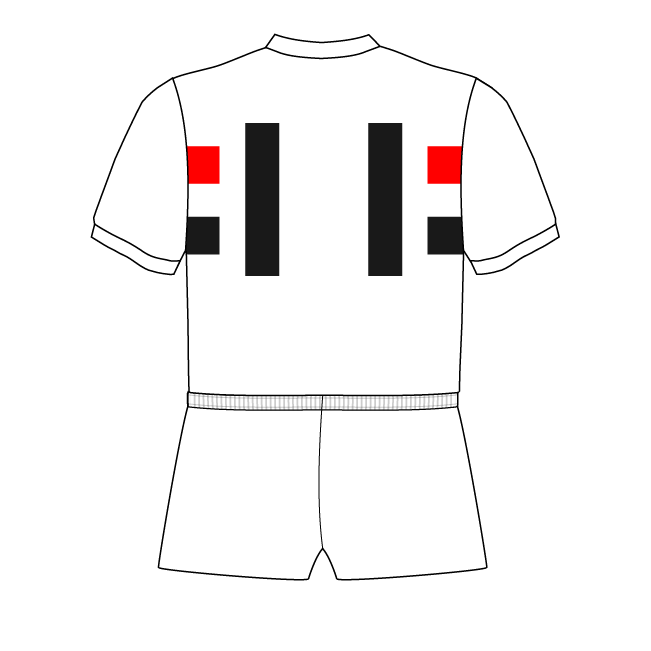 Unwanted by his parent club, Pato was used as a makeweight and sent across the city on loan to São Paulo as part of a deal that would take Jadson the other way.

The move would see him reunited with another former teammate and fellow countryman in Kaká, who by this time had completed his Real Madrid adventure, gone back to Milan for one season and rejoined São Paulo while waiting to join future MLS franchise Orlando City.

Pato rediscovered his origins by switching back to the number 11, which prompted an upturn in form, netting 38 goals in 98 games and finishing the 2015 season as the club’s top scorer.

Despite showing his best form in years, the move as not made permanent and he was sent back to Corinthians to find a new club.

One club that had been keeping an eye on Pato was Chelsea, who offered to take the now 26-year-old on loan the second half of the 2015-16 season.

The Blues had just dismissed Jose Mourinho and reinstated Guus Hiddink and had big problems up front with Diego Costa and Loic Remy struggling with injury and Radamel Falcao misfiring.

But Pato struggled to adapt to the demands of the Premier League, making just two appearances in England, although he was able to repeat his trick of scoring on debut with a penalty against Aston Villa. 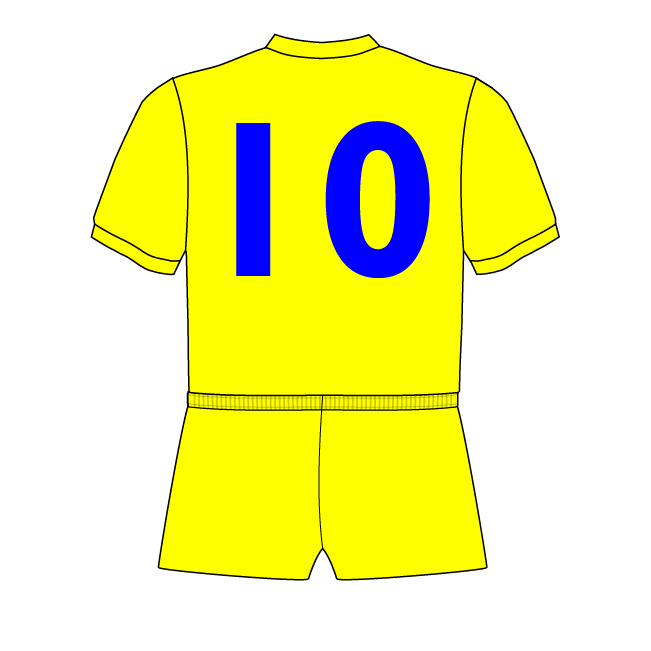 With time running out on his contract at Corinthians, it was again time for Pato to find a new club and a four-year deal at La Liga outfit Villarreal looked like the perfect solution.

Pato was handed the number 10 shirt and a chance to revive his career, which he grabbed with both hands and unsurprisingly scored on his debut, a 2-1 defeat to Monaco in Champions League qualifying.

Once striker Roberto Soldado was out injured, the Brazilian became first choice and settled into a rhythm but that was soon interrupted when a luring offer from the Chinese Super League landed.

Tianjin Quanjian were offering to pay Villarreal five times the €3m transfer free they shelled out just months before, and with astronomical wages on the table, all parties agreed.

Pato became the latest in a long list of high-profile players, including countrymen Oscar, Hulk and Ramires, to make the move to China.

The newly promoted outfit had brought in Fabio Cannavaro as head coach and spent big on signing Belgian midfielder Axel Witsel ready for the new season.

Pato then repeated the act of starting a new season as his new club’s prized number 10 delivering 15 league goals on route to am impressive third-place finish.

The following season saw him produce almost identical numbers and maintain his status as the club’s biggest goal threat but Tianjin failed to keep pace with the pack finishing ninth.

Pato’s stay in China came to an abrupt end in December 2018 when Tianjin’s owner was arrested and forced to relinquish the club.

With the club’s future in doubt and the money dried up, the Brazilian decided it was time to leave. 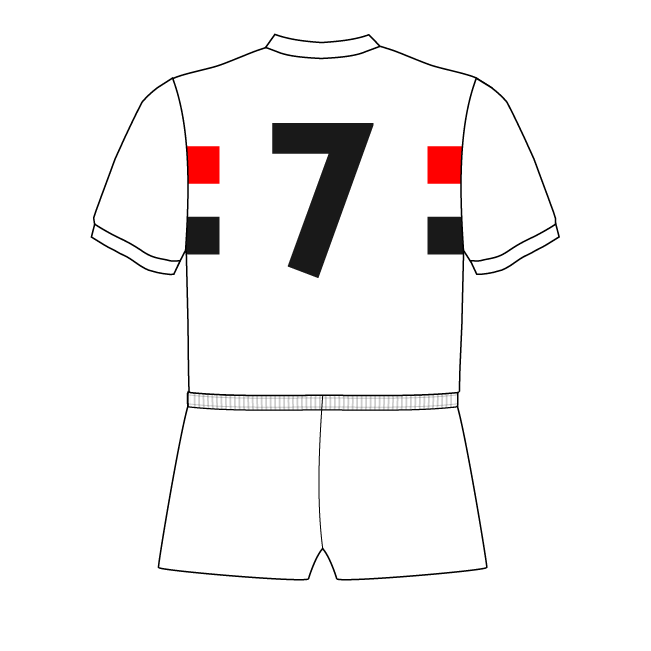 That finally brings us to Pato’s current home – back at Estadio Morumbi with São Paulo.

With his previous number 11 shirt occupied by young winger Helinho and veteran defender Dani Alves opting to wear 10, Pato returned to the familiar number 7 for the first time since leaving Corinthians.

Tricolor fans welcomed him back with open arms and Pato has since pledged himself to help win the Copa Libertadores for them despite not being able to strike up a consistent strike rate yet.

However he has also hinted at his desire to return to European football one day and still holds Milan in his heart despite the way things ended for him in the Italian capital.

Pato bounced through the international youth ranks at the same pace at which he began his club career and made his full senior debut as an 18-year-old against Sweden in 2008.

The teenager came on to replace Luis Fabiano wearing the number 21 and had the ball in the back of the net with an incredible first-time chip just moments later – a debut goal that would become a hallmark of his career.

Pato was then selected to represent Brazil at the 2008 Beijing Olympics and given the famous Seleção number 9 jersey. 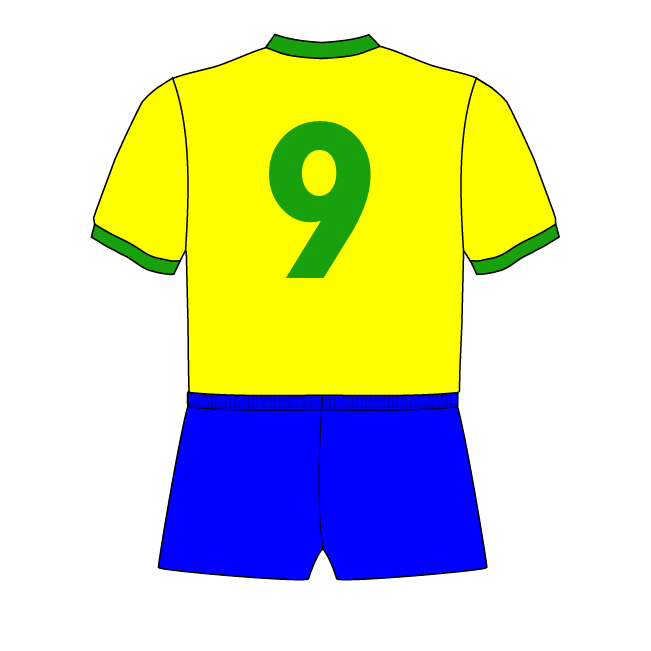 He scored once on a run to the semi-finals but bitter rivals Argentina were too much to handle and Brazil came home with a bronze medal.

A first senior tournament call-up came in 2009 as Brazil won the Confederations Cup but Luis Fabiano’s form kept him out of the team.

That was followed by a surprising snub for the 2010 World Cup squad but he was back in the fold and the number 9 for the 2011 Copa America where he scored a brace against Ecuador in the group stages.

Brazil crashed out at the quarter-final stage in what would be Pato’s only Copa America appearance but in 2012 he was given a second chance to head to the Olympics.

By now, there were new young stars on the block in the form of Neymar, Lucas Moura and Leandro Damião – the latter occupying the 9 shirt as Pato took 17 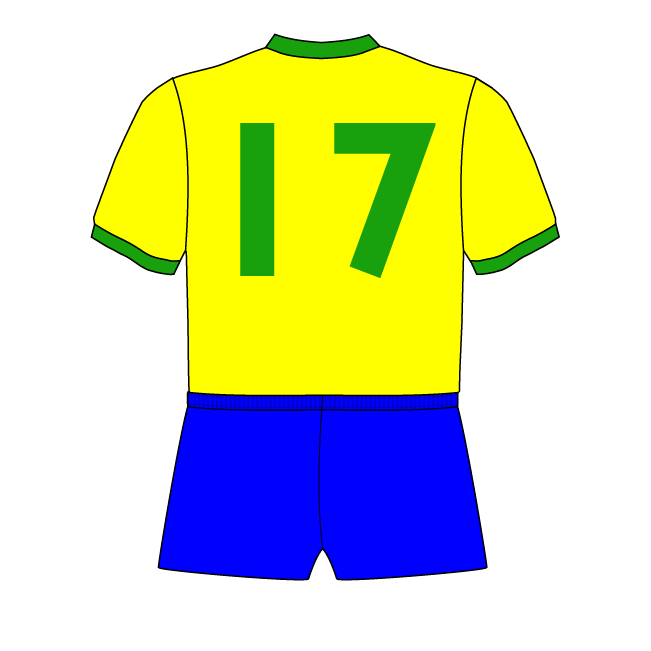 Despite being heavy favourites to win gold, Brazil were beaten 2-1 in the final by Mexico with Pato unable to make an impact off the bench in what would be his last international tournament.

A few more sporadic appearances in friendlies bumped his numbers up to ten goals in 27 games for the Seleção but his international career would ultimately follow the same underwhelming pattern as his club career. 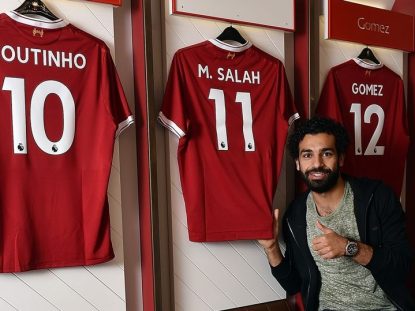 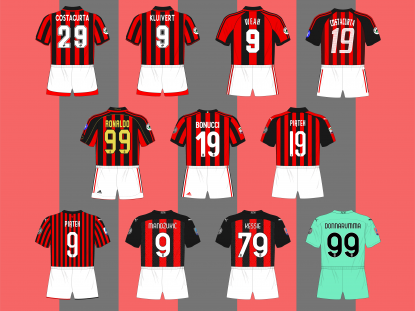 The 9s of Milan 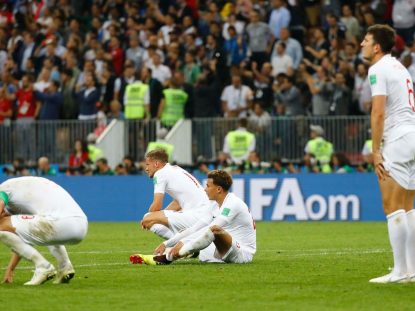