Given how ubiquitous permanent squad numbers have become, it’s easy to forget that they are still a relatively new phenomenon in ‘ordinary’, domestic football.

After an experiment in the 1993 Coca-Cola Cup and FA Cup finals – both conveniently featuring Arsenal and Sheffield Wednesday – the decision was taken that summer to mandate Premier League clubs to submit lists at the beginning of the 93-94 season, with players retaining their numbers for the duration.

It was the first time that a major league had done so – Germany, Italy and Spain wouldn’t embrace the idea until two years later – but the change wasn’t universally welcomed. The article below is from August 20, 1993, a week after the season had begun, with supporters’ spokesman Steve Moss writing it off as a “gimmick” and a “rip-off”. 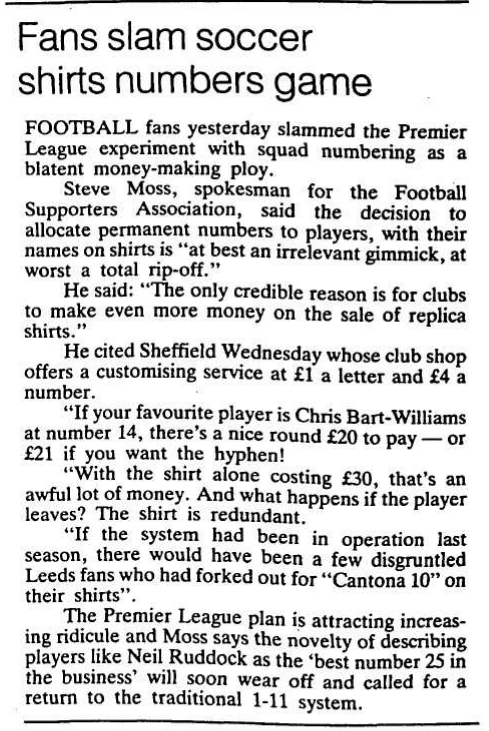 1-11 in the Premier League era

Retrofitting squad numbers to the 1989-90 season